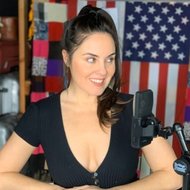 Many of you here subscribe to this shelter for the politically homeless because you want the (Mostly) Unedited Dumpster Fire, so I feel I at least owe you some kind of explanation for why we haven’t returned to shooting yet. Or maybe I don’t owe anyone an explanation as it’s only been two months since I gave birth—but I feel like I should at least update you as to what’s going on in my head and heart and home.

For a month now, I’ve intended to shoot. And every week either something has happened or I’ve woken up on the shoot day too exhausted to function, let alone turn “on” and shoot a show.

Of all the projects we have here at Phetasy, Dumpster Fire is by far the most labor intensive. It requires getting our list of topics together or putting together “the board” as we call it. We do this Thursday and it takes hours sorting through all the news of the week. Then we have a writer’s room on Friday, usually at night so all the people with real jobs can attend. This is impossible these days as from 6-10 is now the “witching hour” as it’s called when Matilda is either exceptionally needy or completely melts down and transforms into a banshee.

Saturday we shoot and that requires make-up, the production team, and usually takes at least three hours. At least. Sunday is the final edit. It's essentially four days of work. Even pre-baby Dumpster Fire took an enormous amount of energy out of me. Now I don’t even have it to begin with. It also means no one has a day off, ever.

There have been a number of challenges and tragedies that occurred during these postpartum weeks that have compounded the already tough time that is recovering from having a baby. My obgyn died suddenly of a heart attack a month ago today. I adored my obgyn and it was shocking. In fact, I still can’t believe it, even as I sit here writing it.

Then, less than two weeks ago, we found out our beloved Hope has metastatic cancer. So we’ve been dealing with that, getting tests, taking her to vets all over Los Angeles and coming up with a treatment plan. The good news is she’s getting surgery this Wednesday. Her prognosis isn’t horrible if they can remove a lot of the cancer and she responds to the chemo. If you could, please say a prayer for her.

So, needless to say, I just haven’t had it in me. I can only speak for myself, but my experience of having a baby has made me want to turn inward. I am vulnerable and raw and want to protect and shield my baby from the harshness of the world--the harshness I’m exposed to when I enter in the battle that is the culture wars. And they have been particularly ugly lately; in fact I’m glad that my baby came when she did and saved me from all the noise.

Finally, I’m not sure about the future of the show. We will absolutely return and shoot at least a couple more, so don’t worry—but as I’ve had time to step back and evaluate everything in my life, I can’t help but wonder if maybe the season of Dumpster Fire has passed.

From a purely capitalist perspective—it’s not getting more popular. In fact our numbers have been going down consistently. This could be YouTube throttling us or it could be that no one has much of a stomach for a wishy washy centrist during such fiercely partisan times. Or maybe people just think we’re annoying. Or maybe I’m not funny. Maybe I'm reading too much into the algorithm. Either way, after three years, if we are getting less popular, perhaps I have to take a good, hard look at that and accept the reality.

And finally, the world has changed a lot since we started the show in the summer of 2019. It was crazy, sure, but we were mostly making fun of environmentalists super-gluing themselves to the street. There is a darkness now that overshadows everything. Pre-pandemic was bananas but post-pandemic it seems like people have really started to unravel. The level of hatred and rage I see in comments and posts and in real life is unsettling.

Of my many creative endeavors, Dumpster Fire is the only thing that we do that grounds us in the news cycle. And I truly fucking hate the news cycle. I think it's tearing us all apart. I find the culture wars exhausting, depressing and uninspiring. It was something I started because I needed an outlet to scream into the void but I can’t help but wonder now—am I part of the problem? Am I just adding more fuel to the dumpster fire? And the hate?

On top of all of this—we lost our editor, Andy. At least for the summer, I’m not exactly sure when he can return, but it felt like a sign that as I was evaluating the future of this show, our editor quit.

But early motherhood is a lot like early sobriety in that you shouldn’t make any major decisions. I’m grieving. I’m hormonal. I’m healing from a c-section. I’m sleep-deprived. I’m not going to close the doors on Dumpster Fire just yet. Maybe we retool it to something more manageable. Maybe I take the summer off and come back refreshed and ready for the midterms. Maybe we shoot one more and I realize it’s time to say goodbye to the chair in the undisclosed location.

Either way, I felt you deserved to know what’s been going on and what I’m thinking as you’re the Dumpster Fire phamily and you’ve been with us the whole way. We will definitely be shooting at some point in July or August, just to see how it feels. The one thing I don’t want to do is go back before I’m ready and have that taint my decision about the show overall. I want to be excited to be doing it.

I've never done anything just for money and I haven't come this far to start making that choice now. I've always followed my heart and that creative spark that brings me joy.

I appreciate your support and love and patience while I figure it out.

In the meantime, keep on dancing while the world burns. 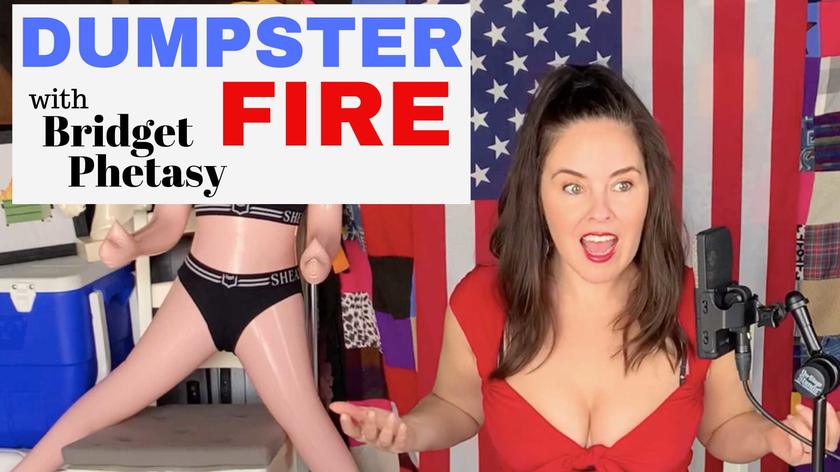 It was fun catching up with my old friend in comedy and sister in pregnancy, Jessica. Enjoy!

It was such a pleasure talking to Sally Satel about the opioid crisis, addiction, recovery, how it's a miracle anyone ever gets sober, the ramifications of political correctness in medicine and so much more. #WalkInsWelcome

Spoke to The Lost Debate team (Cory Bradford, Ravi Gupta & Rikki Schlott) about their mission behind the podcast and the intention to create a space and media company that brings different people together to have conversations. #WalkInsWelcome
https://open.spotify.com/episode/5EO31L

14 hours ago
My August piece for Spectator Mag is live!

Out from behind the paywall for your viewing pleasure.

This cat is melting…… 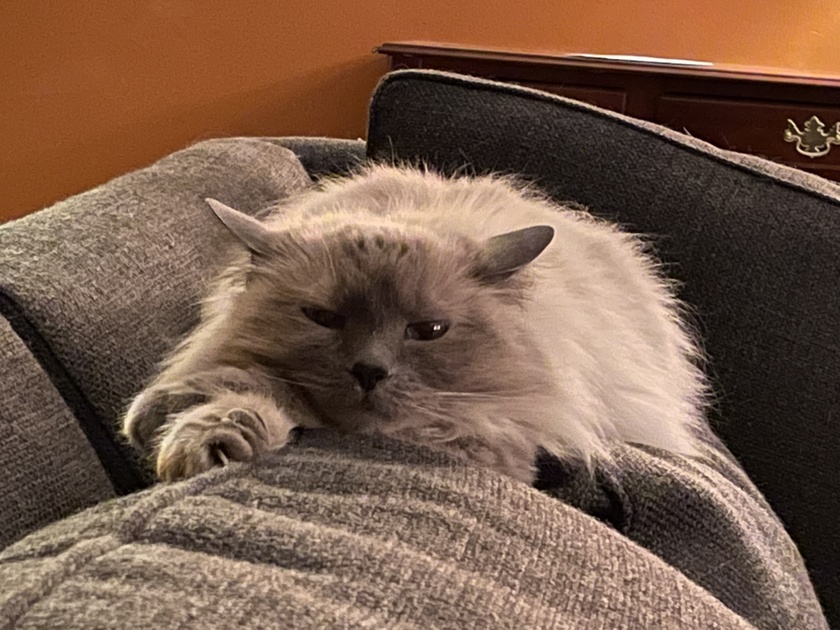